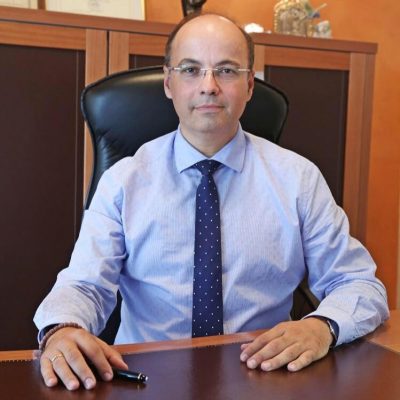 After receiving his degree from the Medical School of the National Kapodistrian University of Athens, as well as his Diploma in Family Planning (recognized by the Royal College Of Obstetricians-Gynaecologists in Great Britain), in May 2000 Panagiotis Thomopoulos obtained the medical specialty “Obstetrics & Gynaecology”.
Already having a rich professional experience, he received a Master’s degree (MSc) from the Medical School of the National Kapodistrian University of Athens in 2012, from the postgraduate program “Pathology of Pregnancy”. He is licensed to perform obstetric and gynaecological ultrasound recognized by Central Board of Health.
In the meanwhile he has worked as Attending and Physician at the Colposcopy Department at the “IASO” Maternity Clinic, as a Clinical Fellow in Minimal Access Surgery at Princess Royal Hospital in Farnborough, UK, and has been a Lecturer (TS 407/80) at the National Kapodistrian University of Athens, specializing in Cervical Pathology and Laser Applications.
Today, he holds the position of Director of Colposcopy– Cervical Pathology Department, as well as of the Scientific Director of Obstetrics Department at Gaia Maternity Hospital.