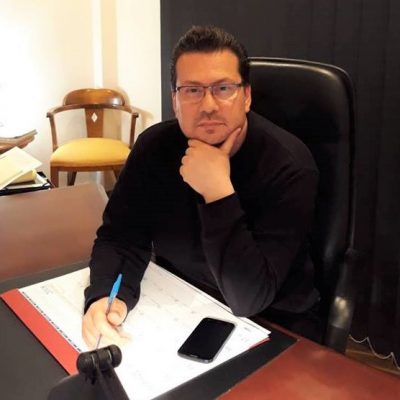 In 2000, he obtained his specialty in Obstetrics – Gynaecology, having been trained in prestigious hospitals in Great Britain. He completed his training at the Maternity Clinic “Elena Venizelou” in the Obstetrics – Gynaecology Department. He is certified to perform Ultrasound in Obstetrics and Gynaecology from the University of Athens. He is a member of the British Medical Association, and registered in the Specialist Obstetrician/Gynaecologist List (GMC Manchester full registration with a licence of practicing in UK).

During 2012-2013 he was working in the United Kingdom as Senior Specialist Obstetrician – Gynaecologist (South Tyneside Foundation Trust, Newcastle); he was actually an Associate Director in NHS, actively participating and with responsibilities in all the departments of the Hospital. Colposcopy and Cervical Pathology Department, Department of Infertility, Department of Menopause, Urogynaecology, Gynaecological Oncology, Department of Gynaecological Endocrinology, Delivery Room, Accident and Emergency Unit, Gynaecology Operating Rooms, Endoscopic Surgery (Hysteroscopy – Cystoscopy).

Since 2014 he is at “REA” Maternity Clinic.
He is fluent in English.